WORLD’S RAREST AND MOST VALUABLE ALBUM EVER ? 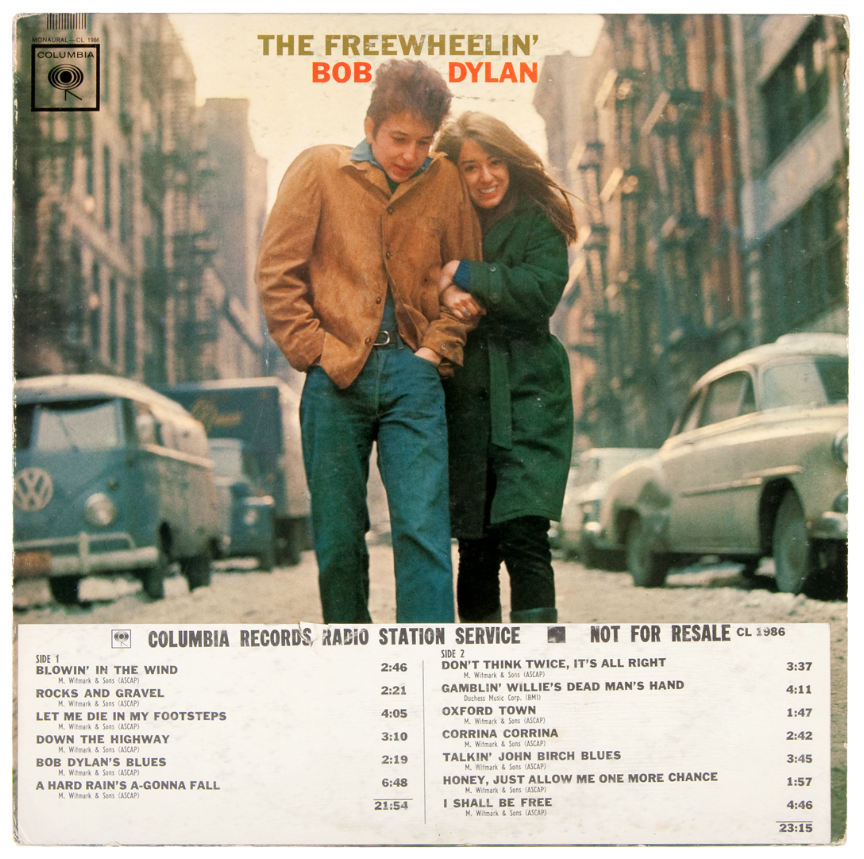 Bob Dylan’s eponymous first album caused only a minor ripple in the miniscule folk and blues markets when it came out in 1962. But it was his second album, ‘The Freewheelin’ Bob Dylan’ from 1963, that exploded into world consciousness and made him a star, thanks to iconic tracks like ‘Blowin’ in the wind, A hard rain’s a gonna fall, Masters of war, and ‘Don’t think twice, it’s all right’. That album, with its 13 tracks (in Mono and Stereo releases), has since sold millions of copies, but, unknown to most fans, it has a minor pressing variant that ranks amongst the most valuable LPs for collectors out there.

The story goes that on May 12, 1963, just prior to the album’s  release, Dylan was booked to appear on the Ed Sullivan show, where he was to sing a few songs ‘live’ in the studio. Just before the broadcast, he was asked by the producers to drop one of the songs, ‘Talkin’ John Birch Blues’, as they felt it might offend some viewers’  sensibilities. Dylan walked out in protest. At that time, the album was already mastered, with covers, labels printed, and stampers ready for pressing.  However, Columbia Records, perhaps in response to the TV incident,  put off the release and pulled that track, along with and three others (Rocks and Gravel, Let me die in my footsteps, and Gamblin’ Willie’s Dead Man’s Hand),  replacing them with another four that were earlier recorded as part of the same sessions. There are also rumours that the decision was made by Dylan himself, but nobody knows for sure. In any case, the four new songs, known as the ‘Replacement Tracks,  were remastered, and new stampers made for the album with the track listing that Dylan fans are well familiar with.

However, at one of the pressing plants of Columbia, the old stampers with the Deleted Tracks were inadvertently used to press copies of the album, a few of which made their way into the record stores before the rest were destroyed. Further, they used new covers, and new labels with the Replacement Tracks listed. This made it difficult to know whether you had the rare Deleted Tracks version without actually playing the LP. Many buyers of these LPs at the time might not have had any idea that they were in possession of a future gold mine. It was only in the late 60s that a few copies were discovered by collectors, and the background story pieced together. It was also found that the matrix numbers – in the trail off groove – were a giveaway, with the number ending with ‘-1A’ ; all later copies were suffixed -2, or higher, referring to the stamper number. Another interesting tidbit, is that many radio stations in the US received advance promo white label copies of the album, which had labels listing the Deleted Tracks, but the discs had the Replacement Tracks.  Also, the first release in Canada had the jackets listing the Deleted tracks, tho’ the LP and the label had the Replacement Tracks. Over the last 50 years,  about 20 or so copies with the Deleted Tracks on the LP have found their way into the hands of collectors, mostly through private, undocumented sales, with prices reputedly exceeding $10,000 for the most part. Only one copy has made its way on to eBay, where it sold for $11500 in Oct 2016.

It was earlier presumed that all copies with the Deleted Tracks were in the Mono version. Then in April 1992, a Stereo copy (interestingly, with the label also showing the Deleted Tracks) was found in New York City at a church thrift sale. It was put up for bidding by a city store and sold for $35,000, despite being in VG condition. In 2015 that buyer tried to sell it for $100,000, but it is not known whether a deal went through. A second Stereo copy was also found (in the ‘90s) by a dealer in California, and sold, after fierce bidding, for an unknown amount.